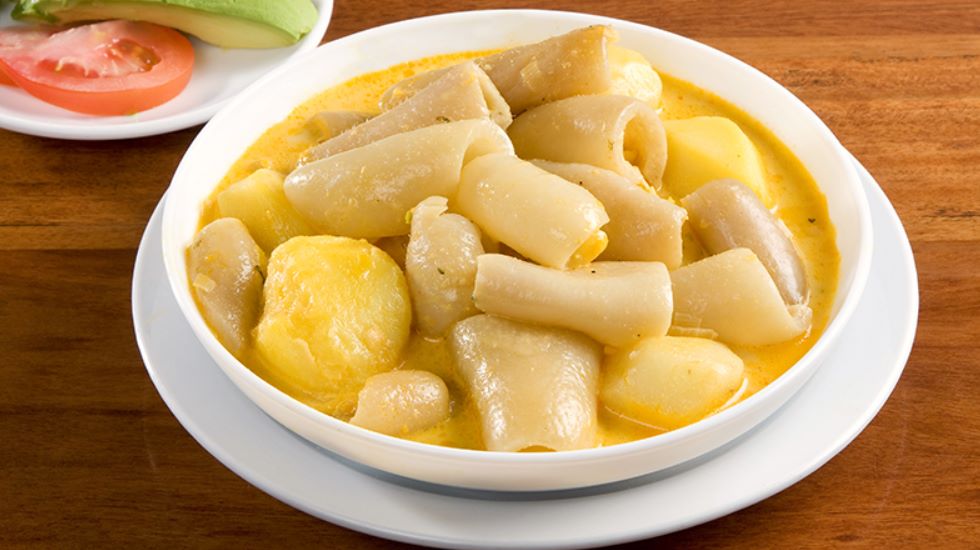 Potatoes with pork skin have become one of the most popular and economical typical meals of the Ecuadorian highland gastronomy, this dish consists of a broth made with pork skin and cooked potatoes, usually accompanied with a portion of rice.

According to recent research, the potatoes with pork skin were born in Mocha and are the variation of a typical dish in which it was used as ingredients such as potatoes with skin and guinea pig liver, but to give it a better flavor this was replaced by the cooked pig skin, the potatoes were peeled and accompanied with peanut sauce being the perfect complement.

So, let’s get cooking. 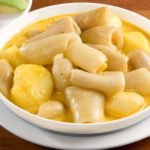 This typical Ecuadorian dish is usually accompanied by a portion of white rice, a piece of avocado, the chili of your choice and of course the inevitable boiled egg.

The indigenous people of the colonial era used pigskin to prepare their meals, which was discarded by the Spaniards.

This dish is a must in the markets, in most of the restaurants and in the so-called “huecas”, it is undoubtedly one of the most popular dishes and a tradition that has been kept for several decades.